THE SILVER BULLET & WHAT HAPPENED NEXT......

THE SILVER BULLET & WHAT HAPPENED NEXT......

A GREAT NIGHT IN FINSBURY PARK. 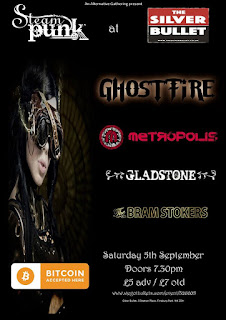 It's taken Sherlock's Dog quite a while to finally write this blog update, having moved two houses and disappearing off to Australia to help run a Goth/Steampunk shop, but more of that later.
So, we did have a gig at the Phoenix Festival in the Workhouse, Llanfyllin but we had to pull out due to unforseen circumstances, however, Spook and his good lady Jules went along and had a great weekend, BB Blackdog, Dr and the Medics, Metropolis and many, many more were brilliant, Birthrite even dragged a slightly drunk Spook on stage to duet with Erazamus Voss singing "Is There Anybody Out There", great stuff.

Back to the 5th September and the awesome event Steampunk at the Silver Bullet which included Gladstone, Metropolis and Ghostfire, (unfortunately The Bram Stokers couldn't make it) the venue filled up fast with lots of friends coming down to see this great gig, not only was this Gladstone's last gig for a while (due to Spook going down under) but it was also Ghostfire's first gig with their new line up.
First up were your pals Gladstone, we were really looking forward to this gig after sadly having to pull out of the Phoenix festival, joining us on stage was the amazingly talented bassist from Birthrite Mr Mark "Thinsliced" Round. It went superbly well, the audience were very enthusiastic and we enjoyed every minute of it. 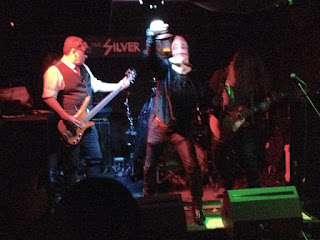 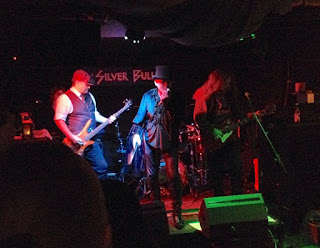 The night sped on with Bury St Edmunds own Metropolis, these guys are brilliant, they played a superb tight set, it's always a pleasure playing gigs with them, next up were the headliners Ghostfire, with new material, sound and line up they are a must see.

Ok, where does this leave us? Well, Gladstone are sadly no more, Spook and Jules are, in the mean time, running Gosling Giftware in Deloraine Tasmania, bringing Goth, Steampunk and splendidness to the masses. (Gosling Giftware). So, Spook has joined a new Steampunk band called 5 or 7, check them out here for more news 5 OR 7.
Photos by the talented Simon Topp, David Ramzen and Ian Hill. 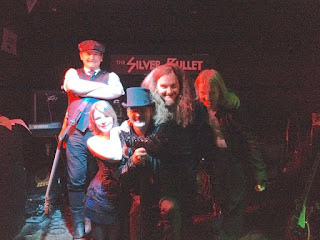 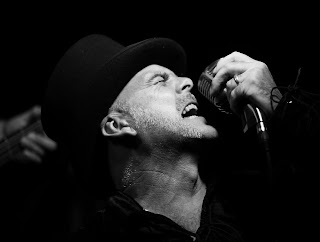 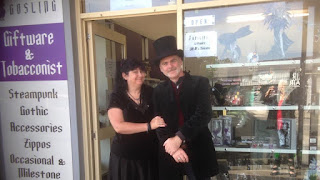